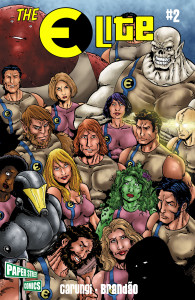 LBC is America’s most watched television network because media mogul Cameron Larson gives the masses what they want. His forward thinking and intelligence have made him the wealthiest man on the planet, the master of a global empire. But with great power comes a greater ego and to Cameron, wealth and status are not enough.

Enter our heroes. James, a boy struggling to become a man; Dawn, a tarnished celebrity seeking redemption; Vincent, an Achilles looking to become a God; Billy, a dying child aching for another day of life… people willing to sacrifice their dignity for fame, their lives for money, and their humanity for a chance at something greater. All of whom are contestants for Cameron’s latest TV show, “The Elite,” and all willing guinea pigs for the process which, once perfected, will make Cameron’s darkest dreams a reality.

The series will be published in six issues and collected in a deluxe trade.  The first two issues are completed, but we are awaiting funding before we can finish the series.  For those who have purchased the the first issues and don’t want to wait, please e-mail me, as I’ve sent outlines and scripts to keep you posted on where the series is going.

Below is a collage of several of the character sketches and preview pages from both issues! 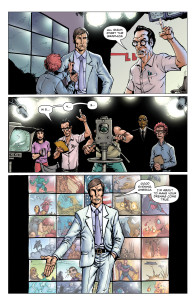 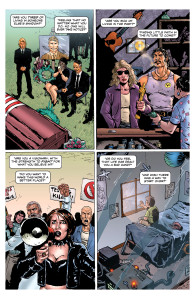 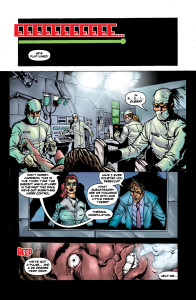 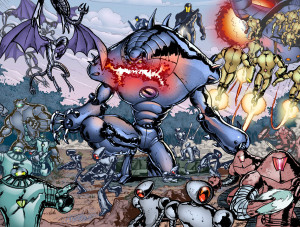 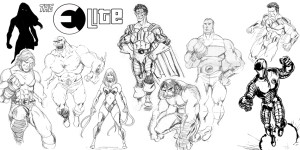