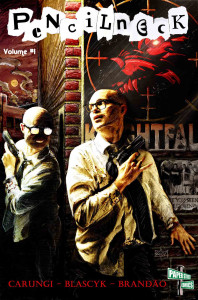 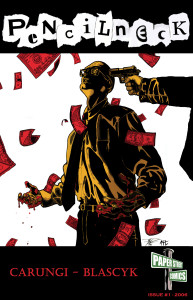 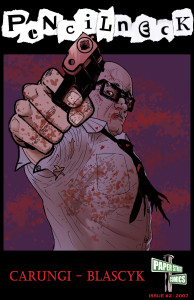 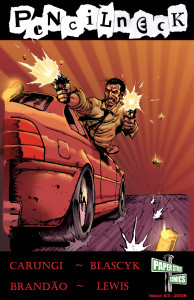 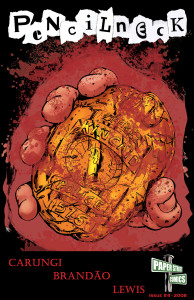 Originally, Pencilneck was set to be an ongoing mob soap opera starring Jonathan as a recluse banker who becomes a vigilante stuck in the middle of a gang war. However, we decided to steer away from an ongoing series and changed the format to a stand-alone graphic novel because it would give us a decisive beginning, middle, and end.

The story took deep roots in the simple fear of a man being afraid of himself, avoiding confrontation at all costs, because he knows the darkness in his inner soul is this unforgiving and relentless force. He becomes the man in the corner, a weak-willed pencilneck of a person.

But everything changes when three thugs show up at his apartment and make him a trade – the life of his debtor brother in exchange for him helping them rob his bank. Jonathan is pushed to the limit in a crime noir tale with twists and turns on every page. What will happen when he has to let go of that fear in order to survive?

Pencilneck is our most successful property to date. It has been well-received by several publications, even Mark Millar (creator of WANTED, KICKASS) gave us a glowing review. Back in 2008 we started working with several producers to get the property transitioned into a feature film. In 2012 we were asked to adapt the property as a screenplay. As the creator, it is rare to ever get a chance to play with your original creation, and I jumped at the chance to retell Jonathan’s journey. Gentry Smith and I went into the story and crafted a screenplay with a tone that walks between A HISTORY OF VIOLENCE and DRIVE, while staying true to the graphic novel.

The (very) long journey to get Pencilneck published is detailed as one of the extra features in the trade paperback/OGN. It outlines how the story was conceived and created into a sixteen page issue back in 2002, to the reboot that took place in 2006, detailing how it became a property that several producers want to develop into a feature film.

Stay tuned to Paper Street Comics, as we expect the screenplay to get picked up for development in 2013. Hopefully you will be able to see the story of Jonathan Kincaid on the big screen one day soon.

Images below represent various pin-ups, sketches, a page from the original 2002 single issue, and wallpaper. 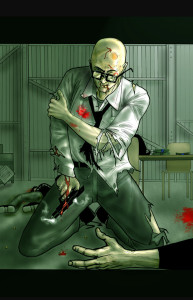 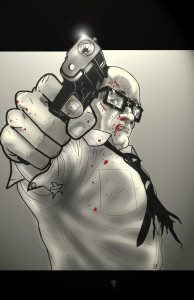 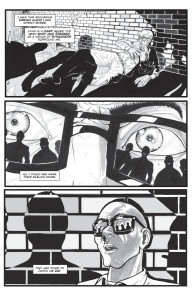 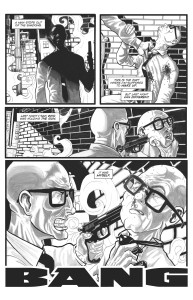 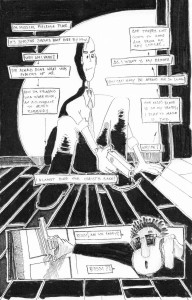 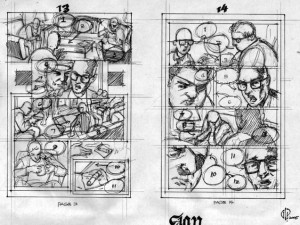 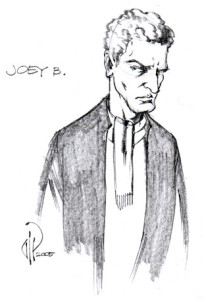 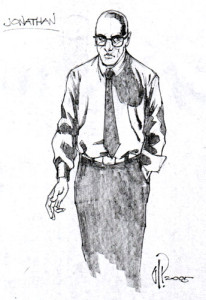 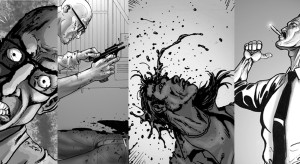