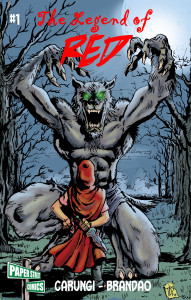 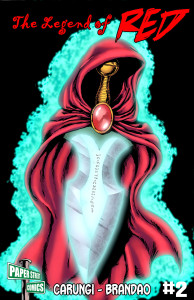 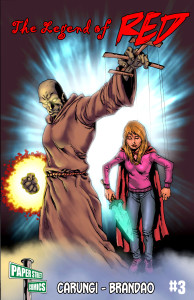 Little blonde-haired Red Sanders is terrified. That’s because she’s standing face-to-face with the snarling eight-foot tall werewolf, named Aboleo, who just slaughtered her family. Red doesn’t know it, but she’s the next warrior in line to wear the red hood and fight the countless number of creatures that go bump in the night. Her life is saved by Jasmine, a tough-as-nails warrior in a red cloak, but before Jasmine can become Red’s mentor, she sacrifices her life so Red can escape.

Red inherits Jasmine’s hood and invincible dagger, Benevolence, but is left utterly alone with no clue how to defend herself against a world full of monsters eager to snatch the powerful dagger from her terrified hand. The Hart’s, a reclusive family nestled deep within the forest hills with secrets of their own, aid Red as Aboleo stalks her with intent to use Benevolence as a key to unleashing hell on earth.

BENEVOLENCE originally began as a retelling of the Brother’s Grimm classic, Little Red Riding Hood. The tagline in promoting the comic series was, “Little Red like you’ve never read before.” The series was originally titled THE LEGEND OF RED and, due to budget constraints, had to get shelved. Most of the books published through Paper Street Comics will never break even through the simple direct selling markets for comic books. Our best chance for breaking even (or even turning profit) is to create a property that can be optioned for further development in another field. This model has proved to be successful with other titles, PENCILNECK and CAREFUL…, but unfortunately the past years have brought countless werewolf stories to the market. We were once in front of the wave, but now the market is flooded.

For that reason, I cannot spend the extra funds to publish another three issues of the series. If we land a major contract with one of the other properties then you will definitely see the completion of every Paper Street Comics series, but until then the only other action we can take is to publish this story as a novel.

This is the only way I can eliminate production costs (as it will only be my time spent on the project). I have always wanted to write a novel and this will allow me to craft a story with the outline already in place and with a rabid fan-base. Out of all of the properties that we’ve published, THE LEGEND OF RED gets the most people coming back to the booth and asking for the next issue. Know that I am hard at work on crafting the story and will one day deliver. 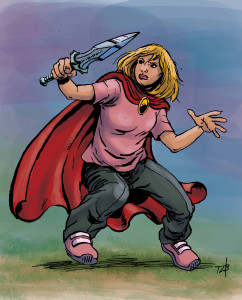 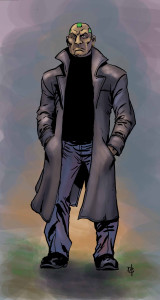 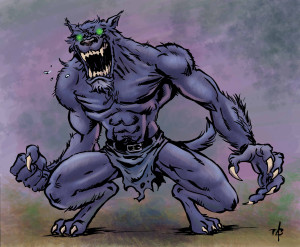 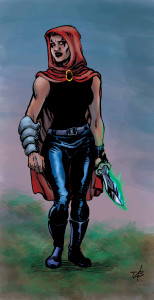