Lost In The Woods 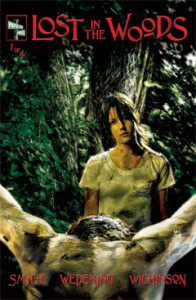 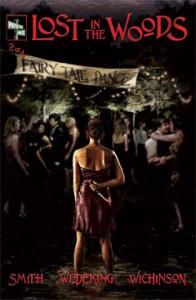 A troubled teen, Jess, and her mother have just moved to the small town of Creston, Colorado. Lost in the local woods, Jess discovers a boy who has been tortured to within an inch of his life. In trying to save him, Jess only succeeds in finishing the killer’s job. The killer witnesses the act and begins targeting Jess – not to make her a victim, but to transform her into his student as he watches from the shadows, closer than Jess can imagine.

Gentry Smith and Stan Wedeking came to Paper Street Comics with a comic that will keep you on edge until the series final. Pencils and Inks are by Daniel Wichinson with Gentry also contributing his talents on gray tones, letters, and covers.

All four chapters of the suspense thriller are now available to own. Lost in the Woods will keep you on the edge of your seat for over 120 pages