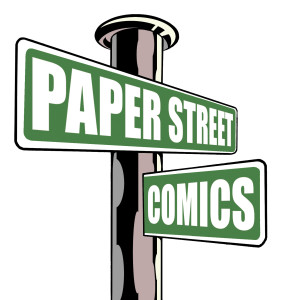 The main reason why this company was started is because, be it comics or film, no one person can take on an industry. We believe, through the concentrated efforts of a group working towards a common goal, we can find a foothold in whatever we set out to accomplish.

DEBT – After college, Victor had amassed significant amounts of debt from producing his independent films, and with the impending college loan payments, he needed an elevated income.

This meant utilizing his degree in Business by taking a job with a decent salary in Chicago, Illinois. Four years with a great company meant that most of his debt was paid off and he even secured extra savings to aid in creative projects such as founding Paper Street Comics, publishing the comic book “Pencilneck”, and various videos that you can find throughout the website. Victor now resides in Wausau, Wisconsin – where he continues his work during the day and spends his evenings pursuing his dream of being a professional writer.

As in any business, the key to success is networking and communication. If a web of artists, creators, and contacts can be established to continuously support and promote one another, we can create a buzz that will eventually be heard by interested backers and investors. Everyone in Paper Street is constantly creating because they love the process and are working towards making a career out of it. If you are an artist that wants to aid in the cause or an investor/editor who likes what you see from the individuals on this site, then drop us a line and we will be in touch.

Where We Are Going

Hard work and determination will triumph. It has been a difficult journey so far in trying to break into the comic and film industry, but Paper Street Comics is starting to see some light at the end of the tunnel.

We are currently celebrating our fourteenth year of business!  Over these past years Paper Street Comics has put out over 23 different books ranging in genres from all over the spectrum with many more on the way.  In 2010, Victor was asked to pitch a holiday story for Marvel.  The story, “Christmas is DOOMed” was well-received and immediately picked up, being published in that year’s digital holiday special.  In 2013, we completed our second major OGN (Careful…) and successfully converted the critically acclaimed OGN, “Pencilneck,” into a screenplay that is currently being shopped by our management, Jake Weiner of Benderspink Productions.

In 2014 we finished the script on our third major property, Alpha, and launched the associated comic book that summer.  Alpha will also be shopped as a feature film, with Gentry and Victor having completed the screenplay in the first quarter of this year.  Other notable projects are the second book in our new kids line and converting the property “The Legend of Red” into a novel, titled “Benevolence.”

As we push through 2016 into 2017 Paper Street Comics will be branching off into tabletop gaming.  Our first property, “Jail Break” has been published and is available today.  Two more games are currently in production with hopes of release in 2017.

So stay tuned and spread the word!